Whale Of A Time

On Wednesday I was lucky enough to be asked to go up in a very light aircraft and take pictures of ‘Mega Fauna’ in East Timor waters. Mega Fauna basically means anything bigger than, and including, turtles.
What a day!
We took off from Dili Airport at 0620 and before we had reached our cruising altitude of 500feet and 80mph (yep, the ‘plane was that small) we had spotted a big whale right off of the Jesus statue. Picture below. We basically flew the coast of East Timor from Dili to Jaco heading east then along the south coast heading west then when we got parallel with Same flew inland to west of Dili and then east again along the coast to Dili. Total flying time about 4 hours. Very hard on the bum and no way to stretch your legs but who cared?
We saw at least 6 species of whales, easily over 4000 dolphins, manta rays in formation, BIG hammerhead sharks cruising on the surface and we just stopped counting the turtles once we got to Com and beyond because there were too many.
We also got pictures of some illegal fishing boats from Indonesia which we have handed on to the appropriate authorities with times, name of vessel, location etc.
I knew we had great marine life here but I never knew it was so prolific. The two scientists I was with told me that it was an absolutely exceptional survey. And when a scientist starts to use long adjectives you know you’ve seen something special!! 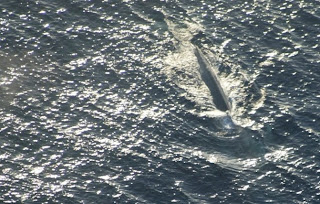 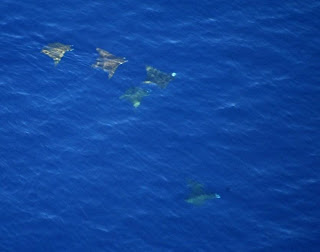 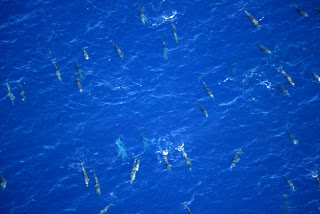 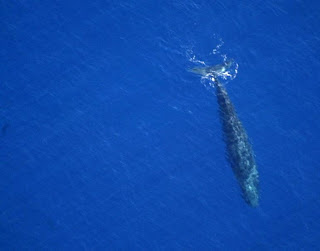 Speaking of whales, does the Japanese ambassador really need to have 2 UNPol cars and 2 PNTL motorcycle outriders, with all the bells and whistles going, just to pop down the shops for a packet of durries and a 6 pack of Kirin on a quiet Saturday afternoon on the beach road?
After all, that's my tax money being spent. And I don't like it.
....